Rudy's Tacos - Save with Cashback | myWorld.com


Rudy’s Tacos was founded in 1973 by Rudy and Marilyn Quijas.  The tiny restaurant located at 2214 East 11th St. in the Village of East Davenport, seated 15-20 people. By 1977 the business had out grown the tiny building it was in.  Work began in the late fall tearing down the old building, and the new larger building opened for business in the summer of 1977.  In 1976 Rudy’s West opened in the former Sunset Movie Theater in the west end of Davenport, located at 326 Cedar Street.

Since the late 70’s Rudy’s business has grown to include 11 other locations in both Iowa and Illinois.  Rudy’s Tacos has 4 locations in Davenport, Rudy’s East, Rudy’s West (4th & Cedar), West Kimberly Rd., and our newest Davenport location on Elmore Ave. (across from Lowe's). 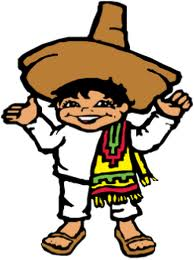 Cashback activated
Cashback not activated
< back
* The margin benefits are dependent on the products purchased and on the Loyalty Merchant. All hereto information on this website is therefore without guarantee.