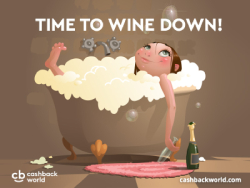 Filipinos loved to have a good party and wine will never be left out of the list. The Philippines has a rich culture and tradition of brewing, fermenting and drinking wines which are produced in different parts of the country. We have a variety of unique and exotic line of local wines and spirits that is distinguished in every region.

September is marked to be the harvesting season for wine makers and if you are an expert or just a wine enthusiast, expect groceries, supermarkets, and wine distilleries to mark their prices down and of course, DISCOUNTS!

We may not think of the Philippines as a big wine producer but our locals proudly made our own from our home-grown crop of unique flavors. Despite the challenge of being an archipelagic country with powerful rainy season, warm weather, and rich volcanic soil which definitely not favorable for any vineyards, the locals found a way to produce our very own.

Here in the Philippines, we also have variety of wines that is PROUDLY PINOY MADE!


1. Tuba (also called Coconut Red Wine, Coconut Toddy, Jungle Wine, Bahal or Bahalina)
Originated from the Visayas Island, particularly in Leyte. This red mix from combining Barok (a reddish color bark of mangrove tree) with the coconut sap was believed to be offered as a welcome drink to Ferdinand Magellan when he and his men arrived on our shore noting this drink as one of the oldest recorded alcoholic drink in the Philippines.

2. Lambanog (also called Coconut white wine or Coconut Vodka)
This is the most popular alcoholic drink in the Southern Tagalog and largely produced in Quezon Province, and selected areas of Laguna and Batangas. It is essentially made like the Tuba, the only difference is their color and the processing since Tuba is fermented to make Lambanog.

3. Basi (Sugar Cane Wine)
Ilocos Norte is not just known for its beautiful spots but also for its unique wine made from fermenting sugar cane juice and storing it to an earthen jar called Burnay. Ground glutinous rice and duhat (java plum) bark or other fruits or barks is added as flavorings after the juice has cooled. This wine takes at least 3 months to ferment and a year to age, producing a light brown drink with a sweet and sour flavor. This wine has also been passed down through generation and even written to our history books. The Basi Revolt resulted in a bloodbath that killed Spanish troops and many Ilocanos.


4. Bignay/Bugnay (Wild Berry Wine)
Near the famous white beaches of Pagudpud, a town name Adams located in the mountains of Ilocos Norte also produces a wine from the extracts of wild berries referred to as Bugnay which taste sweet and mild but has a strong kick!


5. Laksoy (Palm Liquor)
Laksoy is famously made in Caraga, Mindanao where Nipa palms grow abundantly and the process involved is tedious and time-consuming. The Nipa palm trees are selected according to the maturity of their bough and fruit to determine the quality and grade of the sap that will be collected.


The process starts by applying the mud to the bough and fruit once and it should be applied again once after every three days for six consecutive weeks. The mud then, will be scraped off later before cutting the bough. After cutting it, a salhod (bamboo container) is attached to whet the sap, and thoroughly drained by slicing two or three millimeters off the cut-bough in the next five days. The sap is stored in a banga (earthen jar) for fermentation within 2 days. Longer fermentation will turn it into vinegar.


6. Tapuy (Rice Wine)
If Japan has Sake and Korea has Makgeolli, the Filipino people have also developed our very own rice wine called Tapuy mostly served during special occasions as a ceremonial wine which originated from Banaue and the mountains of Cordillera region. It came from the word “Tapi” (Tapie) or “Tape” (ta-peh) which refers to the traditional fermented food found in most Southeast Asian countries. The liquid produced by mixing glutinous rice, bubod (starch powder with yeast), onuad roots, ginger extract, water, and stored in an earthen jar taste sweet but leaves a persistent taste due to the 14% alcohol content. Traditional Tapuy only has a short shelf life, so to commercially sell this drink, some companies pasteurized it for longer shelf life.


7. Coffee Wine
Cavite is known to be the Coffee Capital of the Philippines with 9 coffee-producing towns. The most commonly grown crop is called Excelsa coffee which is the first brewed coffee wine in the world.


8. Strawberry wine
The Strawberry Capital of the Philippines, La Trinidad, Benguet which is known for its strawberry picking fields and strawberry jams during the month of November and May, have added yet another amazing creation through their One Town One Project (OTOP). The light pink, and sweet taste of locally made strawberry wine will make you go loco as it is freshly made!


10. Pineapple Wine
This wine is made from the sweetest variety of pineapple in the country called Formosa pineapple which is abundantly produced and exported from Camarines Norte. This wine has 10.2 percent alcohol content which complements the red berry wine which has 6.3 percent alcohol content based on the analysis if the Department of Science and Technology in Bicol.


11. Cashew Wine
Palawan is known for its stunning tourist destination and even regarded the Tubbataha Reefs Natural Park by UNESCO as a World Heritage Site and apart from this, it is also known as the Cashew Capital of the Philippines. This paved the way for them to create their own liquor. The wine is sparkling yellowish-brown when fermented from becomes reddish-brown upon aging for more than a year.


12. Calamansi Wine
Apart from Mangoes, Calamansi (Calamondin) is one of the staple fruits found in the Philippines which is derived as the Philippine lime. It is a small version of lime can be found almost anywhere in Filipino household. Fermentation of the fruit juice usually takes 3 to 4 weeks and it has a unique taste with its citrus flavor.

* The margin benefits are dependant on the products purchased and the Loyalty Merchant. All hereto information on this website is therefore without guarantee.