Quinto Casadei proved strong and true when he decided to expand his small crafts laboratory, in which he had already started to produce dream footwear of sophisticated workmanship. This entrepreneurial spirit enabled Casadei to go beyond Italy’s borders in long-ago 1964, already a vocation for anticipating styles and trends was transmitted in its entirety to the second-generation top management. Cesare Casadei, who joined his father Quinto’s company in 1987, is today the creative director of Casadei and architect of the brands development. As his father, Cesare is proud to preserve the company’s heritage and to uphold its complete production in-house at the headquarter in San Mauro Pascoli. Season after season, Cesare renews the family company’s DNA, creating true objects of precious design, 100% Made in Italy from exclusive and hand-finished materials, imprinted with skilled workmanship. And it is precisely this constructive, Made in Italy know-how that is still the vital essence of this dynamic company, firmly anchored to its roots of manufacturing excellence.

Casadei currently exports 70% of production, mainly to the United States, Russia, Japan, the Arab Emirates and Europe. It can count not only on a well-diffused outlet network in the world, but also prestigious mono-brand stores, as the Milanese flagship store in Via Sant’Andrea, the recently opened boutique in Rome and Dubai, as well as the boutiques in Moscow, Ekaterinburg, Cannes, Nice, Capri and Casablanca. “The necessity of expansion derives from our desire to satisfy the market’s growing demand, to preserve our know-how and most of all to guarantee our clientele the same high standard of quality”, says Cesare Casadei. 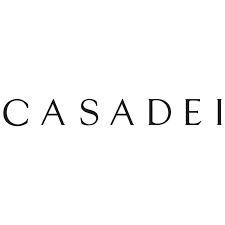